What They Don’t Tell You About Emergency Contraceptive Pills

Most of you reading this article are probably no strangers to pregnancy scares. A condom ripping, unprotected sex or simply snoozing the alarm meant for your daily birth control pill intake; accidents do occur – but in such cases, the repercussions can be pretty huge. Having a whole other human being is a massive responsibility and as such, it’s a move which should be taken after a lot of consideration. Being pressurized for time isn’t really the optimum environment towards taking the perfect decision. Maybe pushing another human being out your body and then taking care of it is just not part of your next five-year plan.

Whatever the case may be, emergency contraceptives or the morning-after-pill help us breathe that sigh of relief. Many of us are lucky enough to just be able to walk to the closest medical store and buy a pill to combat with a pregnancy scare. Even so, there are a lot of reasons which can make us pray with bated breath for our next period. 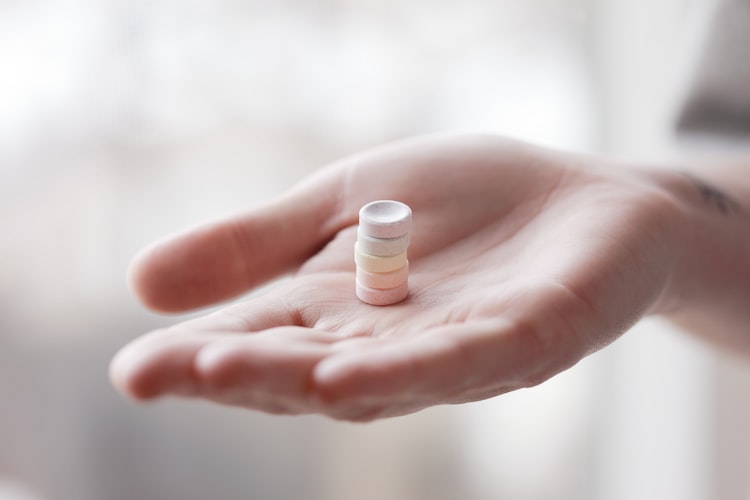 The emergency pill stands as a line of defense for women’s choices over their bodies and reproductive health, even as controversy about it rages on amidst medical practitioners, human rights activists and people in general.

What are the side effects of taking emergency contraceptive pills?

Emergency contraceptive pills bring with it a number of side effects which you may or may not experience, such as nausea, headaches, breast tenderness, stomach cramps, spotting in-between periods or heavy menstrual bleeding.

What is the time frame within which emergency contraceptive pill should be taken?

If you’re a stickler for accuracy, you should consider a copper IUD (intrauterine device) which lowers chances of pregnancy by 99.9% if you get it inserted in you within 5 days after intercourse. One of the biggest pluses about getting an IUD is that it is a super-effective birth control and you don’t need to worry about getting pregnant for about 12 years. A qualified gynaecologist can help you choose the best IUD for you and insert it inside your uterus.  Copper IUDs don’t let fertilization happen as the copper present in the T-shaped device acts as a spermicide inside your uterus. They work by damaging sperm and reducing their mobility so that they cannot reach an egg. However, copper IUDs only work as emergency contraceptives as long as they are inserted within 5 days after unprotected sex.

Morning-after pills are easier in terms of usage as well as accessibility within a time period. Here’s how it prevents pregnancy inside your body. 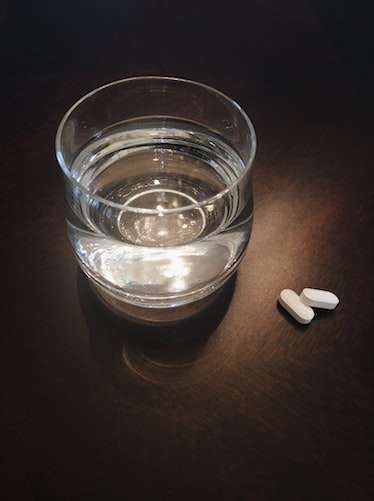 Prevents ovaries from releasing the egg

Keeps released egg from being fertilized

You may be in a place in your menstrual cycle which is during ovulation or after ovulation. If you’ve had unprotected sex during the mentioned phases of your cycle, the egg will have released. In such cases, the dose of levonorgestrel may work towards preventing the sperm from fertilizing the egg. Levonorgestrel slows down both the egg and the sperm, making it unlikely that they will intersect at any point. Unless the sperm reaches the egg, there will be no fertilization and resultant pregnancy. 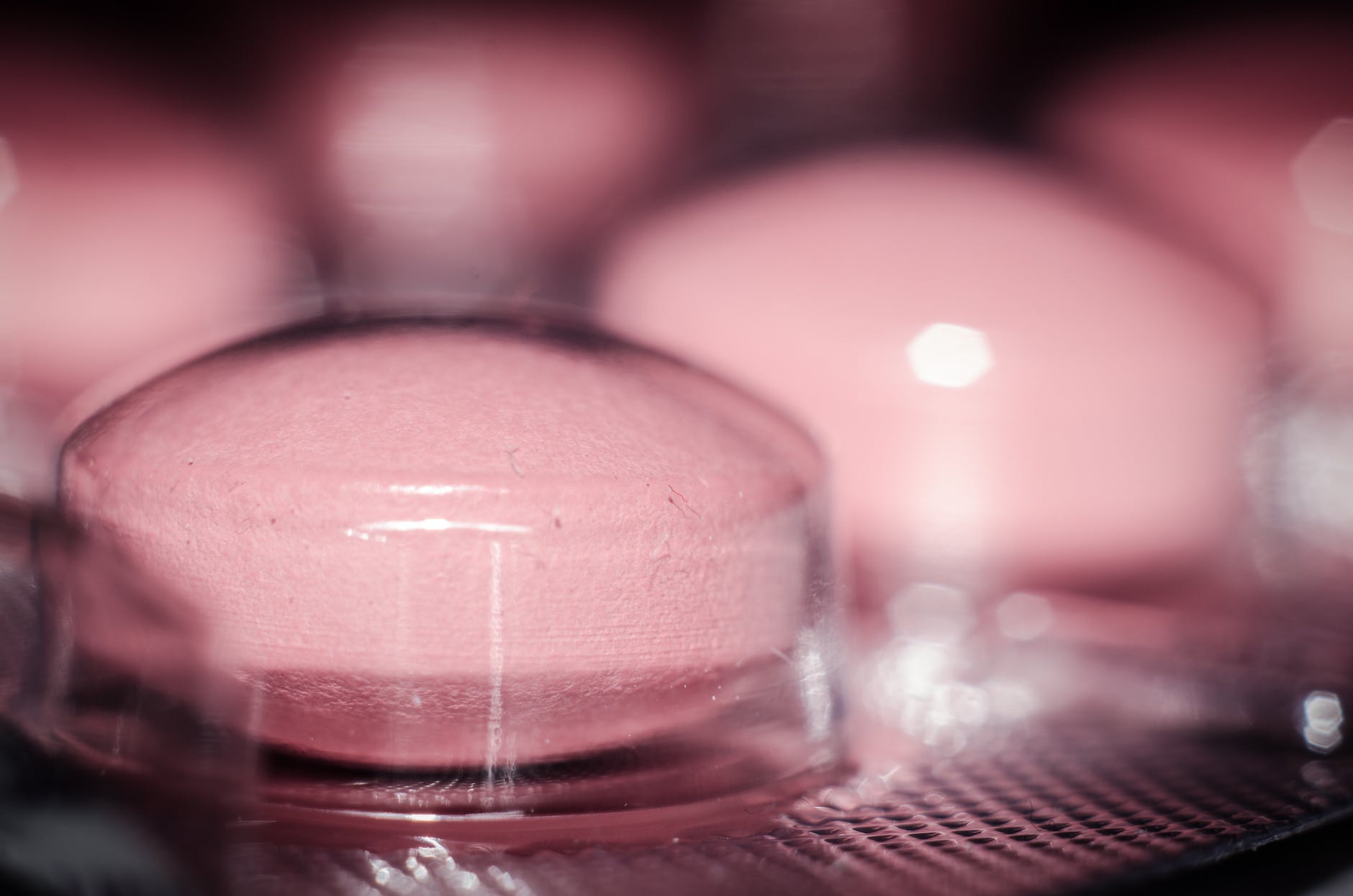 Gynaecologists are responsible for providing patients with accurate information on government-approved medicines. However, a Population Council study carried out in 2011 found that a whopping 96% of gynaecologists (Anvita Dixit, 2015) believed that emergency contraceptive pills work by preventing the implantation of a fertilised egg to the uterine wall. Many believe that contraceptive pills may hinder pregnancy by changing the thickness of the endometrium. Though there is a lot of disagreement present about whether emergency contraceptive pills can prevent implantation of a fertilized egg, studies have proved otherwise.

A summary of studies (Gemzell-Danielsson, 2004) revealed that among women who took LNG before the ovulation period, there were no pregnancies, whereas those who took it on the day of ovulation or after, the pregnancies occurred as they would have without the use of EC. Clearly, LNG had no effect once the egg had been fertilized. If LNG could prevent implantation, it would have proved to be more effective after ovulation. As the pioneer of introducing emergency contraception in India, Dr. Suneeta Mittal’s article (Mittal, 2014) states, ‘No morphological or molecular alterations in the endometrium that could interfere with the implantation of the fertilized egg have been demonstrated.’ Copper IUDs however, may prevent implantation of fertilized eggs. The use of Ulipristal Acetate as an emergency contraceptive pill (for example, Ella) was approved in Europe by 2009 and in the US by 2010. It affords prevention against pregnancy if taken within 120 hours after intercourse. A study of Ulipristal Acetate showed that it could alter the thickness of the endometrium by 0.6 to 2.2 mm but it was unclear whether this would affect the implantation of a fertilized egg. (Mittal, 2014) 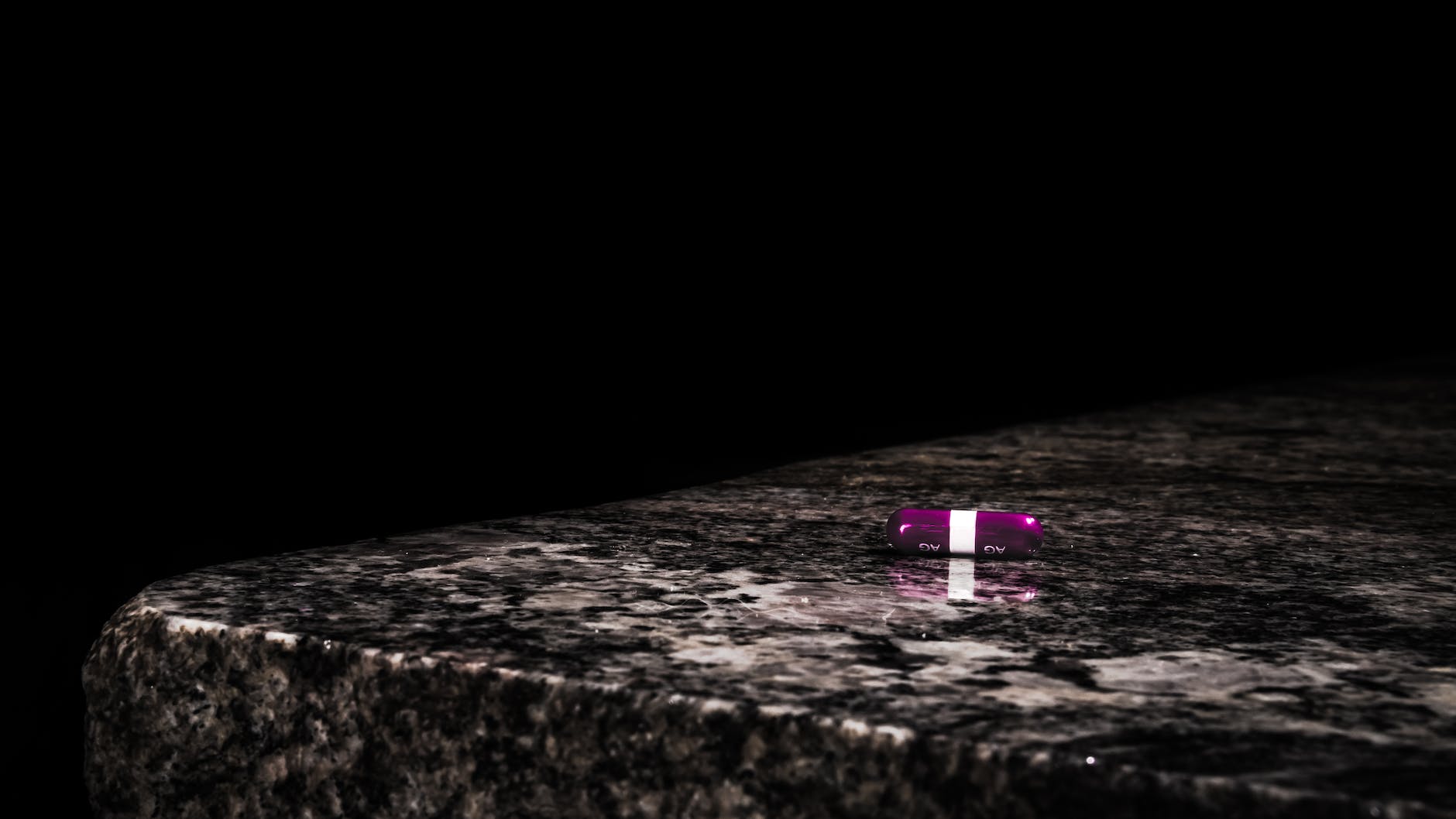 EC is not an abortion pill

Lack of awareness has been fuel to the fiery controversy about the emergency contraceptive pill being akin to the ‘abortion’ pill. Morning-after-pills cannot affect a pregnancy. Those who need abortions use a different sets of pills (mifepristone and misoprostol) to induce a medical abortion. The confusion arises from labels in certain morning-after-pills boxes which may claim to prevent fertilized eggs from implanting in the uterus.

Some conservative groups believe that once the egg is fertilized it is automatically a person and that hindering an egg from implanting in the uterus is effectively abortion. Dr. Donna Harrison, who directs research for the American Association of Pro-life Obstetricians and Gynecologists told The New York Times and termed abortion as ‘the moral equivalent of homicide’. (Belluck, 2012) The belief is further propagated in public by some people in positions of power and authority.  Mitt Romney, an American businessman and politician called emergency contraceptives ‘abortion pills’. (Belluck, 2012) However, studies have proved that the exclusive function of emergency contraceptive pills is to delay ovulation and in some cases, thicken cervical mucus to make it difficult for sperm to swim. 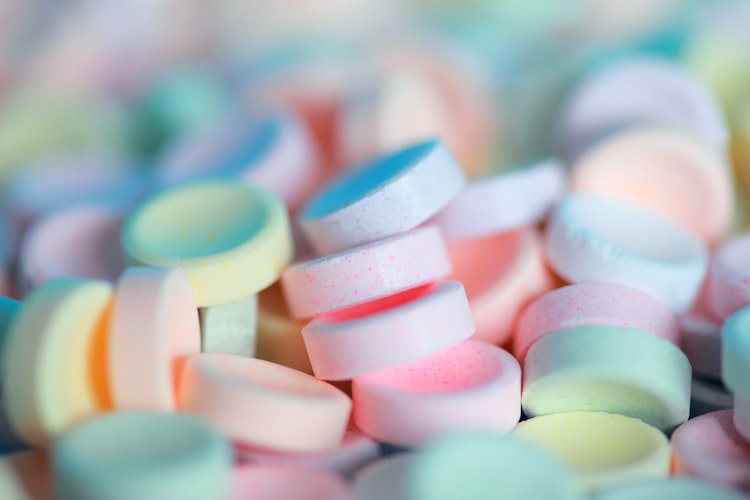 Challenges that arose during the mainstreaming of EC 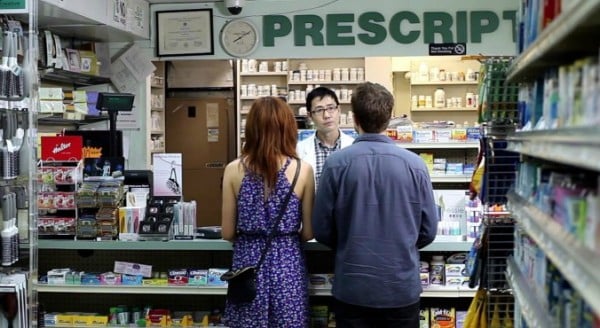 A study on the challenges of mainstreaming emergency contraceptive pills in India found a number of factors which feed this lack of awareness. (Anvita Dixit, 2015) Gynaecologists have a huge responsibility which includes promoting and educating people on emergency contraception but they fail to do so owing to the misconceptions they harbor. As a result, those in dire need of these pills often cannot avail them.

Case in point are these words by a senior gynaecologist during a consultation meeting “even though our attitudes have changed in the past 10 years on the use and provision of ECP, we still do not want to inform a young girl about ECP. She is just informed that she needs to be careful and seek help if unprotected sex or gynecological problems occur”. (Anvita Dixit, 2015)

Even though medicine should not be restricted on grounds of morality there have been incidents when someone’s health concerns have been dismissed to give precedence to so called ‘moral’ behavior. Many gynaecologists are reluctant to promote or advise people on using EC because they feel that those who use the pills indulge in pre-marital sex, have multiple sexual partners, display irresponsible sexual behavior and might substitute other family planning methods with EC. Their opinions on the pill is clear in articles on how the pill is becoming ‘the easy way’ out after ‘casual sex’. (Acharjee, 1999) In Chennai, a city hailed as the ‘health capital’ of India, emergency contraceptive pills have met a moral ban and no pharmacy will be able to help you out. During the study, there was an incident where there was a large amounts of ECPs lying in a corner but were not given to users as the lady doctor-in-charge of the clinic had instructed the social worker who was supposed to distribute ECPs to “….not give ECP to any one unless I prescribe it”. (Anvita Dixit, 2015) All this is based on unfounded claims as studies have proved that the availability of ECPs have no effect on sexual behavior. (Raine TR, 2005) 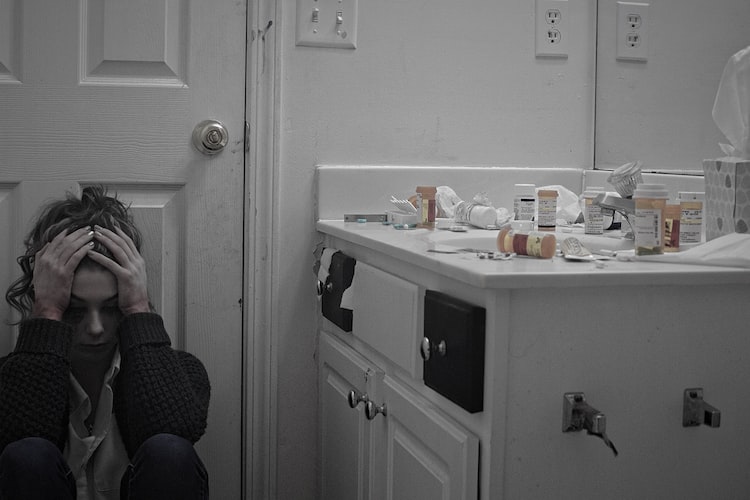 Pharmacists mirror the same behavior as some of the medical practitioners who are against the use of ECPs. This is especially daunting as pharmacists are important in mainstreaming ECPs in urban areas. A Council study in which 199 pharmacists were interviewed showed that they felt that the sale and use of ECPs would encourage premarital sex and promiscuity. The study reports that one pharmacist said, “Almost all who come to this shop are unmarried girls and boys”. About 76 percent of pharmacists were in favour of age restriction in relation to access to ECPs. (Anvita Dixit, 2015)

ECP, no doubt is a boon for many who have been rendered helpless by circumstances and need some measure of control over the choices they make in relation with their bodies and consequently their lives. Victims of sexual assault who would, without the option of ECPs, have to carry out the remainder of their lives with a brutal choice that was inflicted on them. Many are victims of circumstances which are outside the realm of their control such as failure of other contraceptives or simply the unavailability of contraceptives in a particular moment, should not have to be denied access to ECPs simply on imagined moral and ethical grounds. Patriarchy still holds powerful sway over the choices women can make in regards to their bodies and reproductive prerogatives. Often arguments based on moral pretexts are simply a way of snatching away women’s rights over their bodies. Awareness among users, dispensers of ECPs and medical practitioners is essential for clarity on the right use of ECPs.

Acharjee, S. (1999, November 30). Only for an emergency: Quick-fix pills may seem like answer to unwanted pregnancies but frequent usage can be dangerous. Retrieved from India Today: https://www.indiatoday.in/magazine/society-the-arts/story/20130415-quick-fix-pills-unwanted-pregnancies-teenage-girls-762988-1999-11-30

Gemzell-Danielsson, M. L. (2004). Mechanisms of action of mifepristone and levonorgestrel when used for emergency contraception. PubMed.